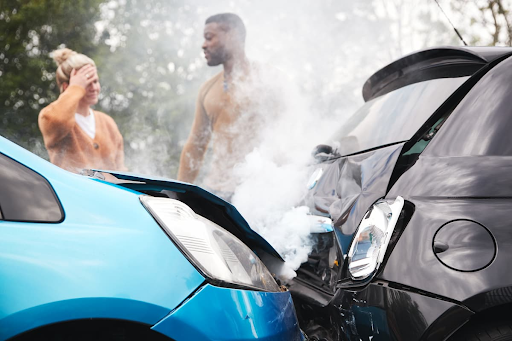 If you have been in a car accident, the first thing you should do is call the police and seek medical attention if necessary. After that, you will want to start gathering information. This includes getting the contact information of any witnesses to the accident.

It’s important to speak with them as soon as possible, while their memories are still fresh. In this article, we will discuss the top 5 questions to ask a car accident witness.

Did you see the events leading up to the accident?

When you’re involved in a car accident, it’s important to have witnesses who can explain what they saw in their own words. This is because the police will often take statements from witnesses and use them as evidence in their investigation.

If the witnesses are able to provide clear and concise statements, it will help to strengthen the case against the other driver. Furthermore, insurance companies will often rely on witness statements when determining who is at fault for an accident.

Therefore, having witnesses who can provide a detailed account of what they saw can be extremely helpful in getting the compensation you deserve.

Where were you when the accident happened?

It’s crucial to know where the witnesses were when they saw the accident happen.

As you may already know, a simple change in perspective can greatly affect an individual’s interpretation of a situation playing out, so knowing where the witness was in relation to the accident is vital information for the police investigation.

What were you doing after you saw the car accident?

It’s important to ask car accident witnesses what they did and saw after the accident occurred for a few reasons. Their testimony can help to establish liability.

If a witness saw the other driver run a red light, that’s valuable information. Witnesses can often provide helpful details about what happened. For example, a witness might remember seeing the other driver on his phone just before the accident.

To learn more about steps you can take if you’ve been involved in a car accident, visit this page on JT Legal Group.

Which direction were both vehicles traveling in before and after the accident?

When you’re in a car accident, it’s important to get as much information from witnesses as possible. One key piece of information you should try to get is which direction both vehicles were driving before and after the accident.

This may seem like a small detail, but it can be crucial in determining who was at fault for the accident. For instance, if both vehicles were driving in the same direction and one rear-ended the other, it’s likely that the rear-ending driver was at fault.

However, if the vehicles were driving in opposite directions and one side-swiped the other, it’s more likely that the side-swiping driver was at fault. Asking witnesses which direction both vehicles were traveling can help to paint a more complete picture of what happened and who was at fault.

Did you notice anything unusual about either driver involved in the accident?

When you’re in a car accident, it’s important to ask the witnesses if they noticed anything unusual about either driver prior to the accident. Did either driver seem to be speeding, swerving, or driving erratically?

This information can be critical in determining who was at fault for the accident. If one of the drivers was acting recklessly, then it’s more likely that they were the cause of the accident.

However, if both drivers were acting normally, then it’s more likely that the accident was due to something else, and determining fault will come down to other factors.

In either case, it’s important to get as much information from the witnesses as possible in order to determine what happened and who is responsible.

If you’ve been in a car accident, it’s important to get as much information from witnesses as possible. The five questions above will help you to get the information you need in order to determine who was at fault for the accident. Remember, the more information you have, the better equipped you’ll be to get the compensation you deserve.