The Latest Solar Panel Industry Statistics Every Homeowner Should Know 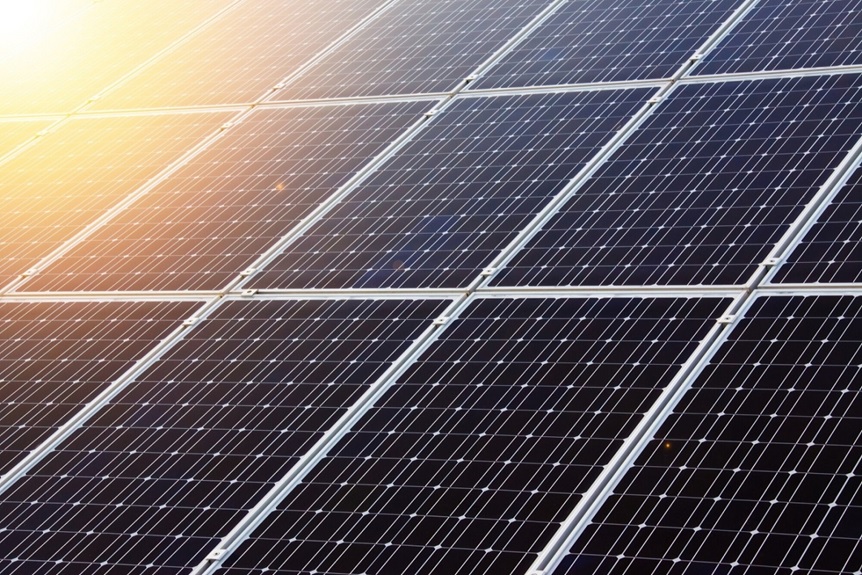 Did you know that the history of the solar revolution has roots tracing back to 1839? It was then that Edmon Becquerel, a French physicist, discovered the photovoltaic effect. However, it was only in 1883 when New York inventor Charles Fritts created the first solar cell.

With that said, you’d want to know more about the solar market, especially if you want to switch to clean energy. Doing so can give you an idea of why it’s worth billions and why you should go solar ASAP.

This guide lists the top and latest statistics you ought to know about solar, so be sure to keep reading.

Experts estimate that the 2021 global solar panels market value reached $182 billion. By the end of 2028, they project it to become even more valuable and top $902 billion. That’s an incredible growth of almost five-fold in just seven years!

GW stands for gigawatts, a measure of energy equating to 1,000 megawatts (MW). Experts use this term to estimate the number of homes solar installations can power. One GW, in turn, is enough to power approximately 750,000 homes.

The solar industry also uses GW to measure the amount of solar capacity installed at a given time. Most countries, including the US, publish reports about it every quarter and end of the year.

According to the latest reports, the US installed a staggering 23.6 GW of solar capacity in 2021 alone. That led to the country boasting a total of 121.4 GW of installed solar at the start of 2022. That’s enough to energize about 23.3 million homes in the nation.

Energy experts forecast the US to add 21.5 GW more of utility-scale solar capacity this 2022. That’s about half of the country’s expected new electric-generating capacity additions. Texas is planning the most number of new installations, followed by California.

In the 4th quarter of 2021, there were over half a million home solar energy system installations in the US. Together, they added 1.15 GW of solar capacity to the grid.

As a result, the country welcomed 2022 with 4.2 GW of total residential solar capacity installed. That’s enough to supply clean energy to 3.15 million of the nation’s homes.

More than a decade ago, the price of solar energy was 223% higher than coal. For instance, it used to cost $359/MWh in 2009. However, it has shrunk since then, becoming 89% cheaper ten years later.

That price decrease isn’t due to subpar technology, though; it’s the other way around. As the demand for solar increased, so did the need to develop and install better solar panels. That caused a growth in the number of solar panel experts, resulting in more competition.

As basic economic theory demonstrates, the more competition, the lower the prices.

From 2005 to 2015, the US federal government already spent $45.8 billion on solar and wind tax incentives. Of that amount, $2.4 billion, or a little over 5%, went toward the investment tax credit (ITC) scheme alone. That’s an average of about $218.18 million worth of tax credits each year for the last 11 years.

Interestingly, the federal ITC’s original expiration date was in 2006. It was only supposed to last for one year. Since then, Congress has extended it three times, passing the latest extension in 2020.

Thanks to that, the residential solar ITC is still available for grabs until 2023. Solar energy systems placed in service by 2022 may be eligible for a 26% ITC. That drops to 22% for projects installed and used by 2023.

After that, the federal residential solar ITC finally expires. Hopefully, Congress will decide to extend it once again.

Solar panels absorb the sun’s energy and convert it to direct current (DC) electricity. They then pass the accumulated DC electricity to an inverter.

The inverter then converts the DC electricity to AC (alternating current) electricity. AC electricity is the kind you use at home, which is why you need an inverter, whatever type of solar panel you plan to get.

Once you have everything set up, your system can start harnessing the sun’s light energy. So long as installed correctly, you can expect your panels to self-generate power.

Thus, the more energy your system produces, the less electricity you need to get from the grid. In that case, your solar panels can save you 90% or more on your monthly electricity bills. If you have enough panels, they can even eliminate your reliance on the grid so that you don’t have any pills to pay.

If you do the math, you’ll see that the carbon footprint of solar panels is 14 times lower than that of gas power plants. It’s also at least seven times smaller than a coal plant’s emissions.

So, it’s no wonder that as of 2020, the US solar industry employed more than 230,000 people. While that’s an impressive number, it represents a 7% decrease from the previous year. That decline, according to experts, is primarily due to the pandemic.

Fortunately, professional solar jobs may grow again once the pandemic is under control. Besides, there’s a need for more workers to meet the President’s 100% clean electricity goal. Analysts say achieving that benchmark requires close to a million workers.

Make the Switch to Solar ASAP

So, if you want to reduce your carbon footprint, consider going solar. The sooner you do, the sooner you can use cleaner, greener electricity. Besides, that also means you can start saving earlier.

Would you like to read more tech, energy, or real estate guides? If so, then please feel free to check out our other latest blog posts now!

How to Sign up & Login for My Spectrum App?

What is bagged packaged goods? Types of Goods, Materials and Systems

How do I check my Twitch logs? How to Change Username?

7 New Ways To Boost Your Organization With Wireless Technology

5 Things You Need To Know About The H2S Scrubber System